Battle of the Ice was the decisive battle between the Russians and Germans took place on 5 April 1242 on the ice-covered surface. Tactical advantage over the prevailing enemy allowed the Russians to destroy Livonian forces once again. At the time when a substantial part of the Russian regions had to acknowledge the Mongolian sovereignty from the East, the “Battle of the Ice” dismissed the danger from the West. 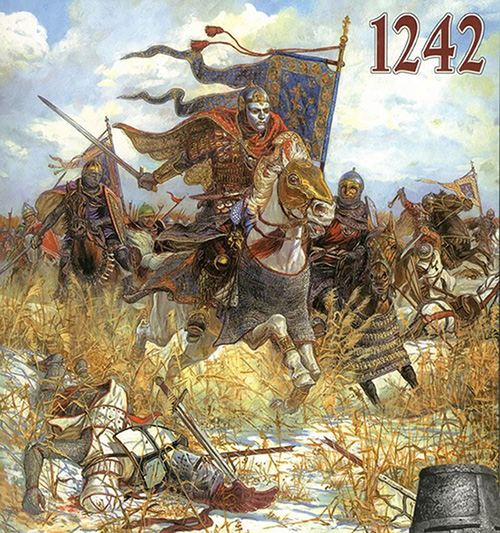 But the victories over the foreign invaders did not guarantee domestic peace yet. Domestic discords relapsed with new energy. The grand duke Svyatoslav Vsevolodovich did not enjoy the power given him from the Tartars – only two years. He died from the hand of his nephew, who perished even sooner. Thus started the struggle between Alexander Nevsky with his brother Andrew. The Golden Horde originally favoured Andrew, to whom it gave the yarlik for the princedom in Vladimir the Great. Alexander Nevsky, undiscouraged, continued his struggle until he made The Horde to side with him, and he expelled Andrew from Vladimir. As a Grand Duke (1252-1263) Alexander Nevsky had demonstrated great organizational and diplomatic skills, and since he had demonstrated his military skills even earlier, he beyond any doubts belongs among the greatest statesmen of the contemporary epoque. He ruled directly in Vladimir, Pereyaslavl and Tver, and held the grip on the power in Novgorod, where he appointed his sons as governors, as long as they obeyed him, and recalled them if they upset him. Other princes strove to live in peace with Alexander Nevsky and often succumbed to his will, and since they possessed modest forces, they would not take risk not only to challenge the Grand Duke openly, but even to intrigue against him. Often Alexander used to strengthen his influence through well-matched marriages. Apparently, he considered his own position so unshakeable that he allowed his brothers to return from the exile, which was quite an unusual event in the history of Rus.

But one must also mention that Alexander Nevsky, a talented military man and skilful statesman, was also a feudal lord, and a very vainglorious on top of that. He had put his vainglory above everything else. He stood firmly against his brothers, and mercilessly crushed his enemies; he even resolutely persecuted anti-Tartar guerilla. He had forced the Novgorodites to accept the grand census that the Tartar baskaks conducted in 1257 and later (altogether it lasted two years). In 1262 the whole Suzdal-Vladimir Rus was engulfed in people’s uprisings. Being not able to bear the burden of taxes and other services, city dwellers mutinied and expelled the Tartars from Vladimir, Suzdal, Rostov and Yaroslavl, while in the country the guerilla resumed again. Alexander Nevsky realised that the mutinies and guerilla would bring a bloody retaliation, but being not able to contain the riots he went on embassy to The Horde, where he achieved a favourable reception. Alexander Nevsky died on the way back in 1263. 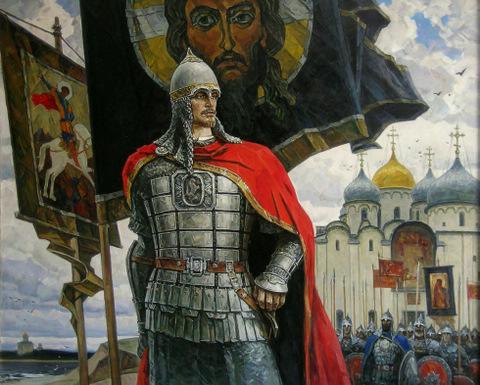 Articles
Peter The Great: The Battle of Poltava
The Golden Horde – Battle of Kulikovo