1917 – The first Soviet state security organization, the Vecheka, was created in December 20th, 1917. The Vecheka (All-Russian Extraordinary Commission for Combating Counter-revolution and Sabotage) is more commonly known as the Cheka.

1922 – With the end of the civil war and the resulting period of stabilization, the Cheka was transformed, on 8 February 1922, into the GPU (State Political Directorate) which was subordinated to NKVD.

1923 – With the formation of the USSR in 1923 the GPU became the OGPU (Unified State Political Directorate) and was upgraded to an independent directorate of the Soviet Council of People’s Commissars (i.e. it was removed from NKVD control).

1934 – In 1934 the OGPU was transformed into the GUGB (Chief Directorate of State Security) which was subordinated into the new All-Union NKVD. This marked the beginning of Soviet state security’s most powerful and autocratic period. All key aspects of internal and state security were now subordinated into one body under one leader – at first G.G. Yagoda, then, from 27 September 1936, N.I. Yezhov, and finally, from 25 November 1938 Lavrentii Beria.

In 1934 NKVD was organized as follows:

On 2 February 1939 the GUPVO was divided into 6 Chief Directorates:

On 3 February 1941, Decree 149 of the CPSU Politburo removed the GUGB from NKVD and elevated to equal People’s Commissariat status creating the NKGB.

New NKGB was responsible for:

NKGB was divided into:

In late June 1941, after the German invasion, the NKGB was resubordinated into NKVD as the GUGB to ensure closer control of the nation’s security apparatus during this chaotic time.

1943 – In April 1943, after the military situation had changed in favour of the USSR, the GUGB was removed and became again NKGB. This time the change lasted until the birth of the MGB in 1946. 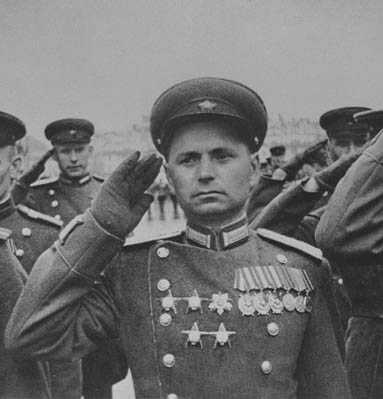 1946 – In March 1946 the Soviet government was restructured and all People’s Commissariats (NK) were redesignated Ministries (M). Thus NKVD became the MVD and the NKGB became the MGB. Merkulov was replaced as head of the new MGB by V.S. Abakumov, S.N. Kruglov replaced Beria as head of the MVD, and Beria became a full member of the Soviet Politburo and a deputy chairman of the Council of Ministers exercising full control over the MVD and MGB.

1954 – On March 13th, 1954, after Beria’s fall, ” secret trial”, and execution, the monster unified MVD was again split up. The reformed MVD retained its traditional policing and internal security functions while the new KGB took on the state security functions of the MGB. The KGB was subordinated to the USSR Council of Ministers, the Soviet Cabinet. 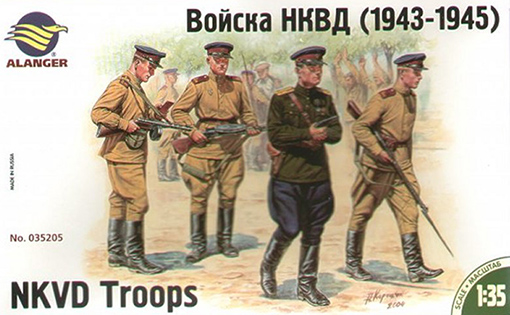